If you’ve ever wanted to use your accountancy skills to work in the film or television industry, the role of a production accountant could be for you. Production accountants are a vital part of film and television production management, and are responsible for a wide variety of tasks such as calculating finances, preparing schedules and budgets, checking spend against budget and much more.

Could you tell us about some of the films you have worked on?

I have worked my way up from a trainee assistant to a Financial Controller and during that time I have got to work on all sorts of productions.  They have ranged in budget size from the tiny, such as Strawberry Fields, through the midsize right up to the big budget blockbusters like Pirates of the Caribbean and Maleficent.  Some are projects that I am very proud to have worked on such as The Queen, The Young Victoria and a project due out next year currently entitled Breathe.

There is no such thing as an average day for a production accountant and that is one of the reasons that I find it so enjoyable.  We work on a weekly cycle during which we will be reviewing budgets and spend, monitoring all payments and processes and preparing a cost report at the end of each week.  The cost report in production accounting is similar to management accounts although the level of detail and the amount of forecasting of spend is much higher.

On any given day I will be dealing with any of the creative departments discussing their budget, reviewing the spend to date and predicting how much more is needed to be spent on any particular area.  I could be asked at the drop of a hat to look at the cost of shooting a section of the film, a scene or even moving a part of the filming to another location.  At all times I have to also be considering the implications of these changes on the tax incentives in every country where they apply to our production.  On top of this is the firefighting when you are told of urgent payments needed at the last minute or worse, of the big insurance claim that needs preparing because a cast member has been injured or the set has caught fire.

Is working in the film industry’s as glamorous as we would imagine?

Quite simply, no!  The majority of the time you are working in offices in the studios or disused office buildings. Sets are busy, they’re often dirty places, and it’s frequently either too cold or too warm. However, you do get the opportunity to travel if you want and to work in places you might not otherwise visit.  Sometimes you get the chance to attend a premiere but in general it’s much like any other job for glamour. It is a very friendly industry though and more often than not you get a feeling that you are all genuinely working together to achieve something, unlike in many jobs.  There is also a strange unreality in what we do – nothing is quite the same as when you are working in “the real world”.

What’s been the highlight of your career so far?

I don’t think I could pick just one. Every job I get to work on is a new experience and incomparable to the previous one. I suppose getting the chance to break into the industry has to be very important to me, even today it can be hard to get your first break unless you know someone in the business.

What’s been your favourite job to work on?

I should say the one I’m on now in case anyone I’m working with should stumble across this!  What makes a job great is the team you are working with, both in accounts and across the other departments.  I have been lucky to work with a lot of people who have become good friends and made jobs so enjoyable.  If I was to pick I would say The Queen because it was my first experience of location work and I am very proud of contributing to such a great final film.  Then there’s A Hundred Streets, a film which was much harder to get made and more stressful for everyone but because of these challenges felt so rewarding when it was done.

How did you get into accountancy and in particular production accounting?

I started off as an archaeologist having studied it at university. The other option open to me would have been maths but I felt that could only lead to a career in accountancy which I was determined not to do. After several years of post-university denial, I took a job as a bookkeeper and discovered how much accounts pleased my analytical and logical mind.  I moved into practice studying for my ACCA and stayed in practice in Dorset for several years.

I decided to move back to London, but knew I didn’t want to be on practice there. For years I had seen the job title “production accountant” in film credits and wondered how I could get to do that.  I Googled the job, came across the Production Guild’s Assistant Production Accountant Training Scheme just days before the closing date for applications.  I was lucky enough to be accepted onto the 3rd scheme to be run. From there it was just a case of working my way up the ranks taking the learning/promotion opportunities whenever they arise.

What appealed to you about production accounting?

It wasn’t practice, it was forever changing, the office politics are much less, I get to work as and when I choose and at the end of the job there is a product that is tangible and that I can be proud of.

What made you decide to study ACCA, and do you think it’s beneficial to a career in production accounting?

I was in practice and it was just “luck” that I ended up training at an ACCA practice instead of an ACA one. It’s not really beneficial to production accounting in that it does not affect whether someone employees me – even today the majority of production accountants have no formal accountancy qualifications but have learned what they need on the job.  However, the advantage I have is that the knowledge I got studying and in practice means I have a deeper understanding of why things are done certain ways and sometimes my CPD does provide me with better information on changing regulations.

Where else has you career in production accounting taken you?

I have not travelled extensively in the role, mainly because of the timing of opportunities. However I have worked all across England and Scotland. My one full foreign location job was based in Budapest but I am about to head to Malta for several weeks on the current show.

Would you recommend a career in production accounting?

I would recommend a career in production accounting as it is very enjoyable.  However, you need to be happy to work in a high pressure, time sensitive environment which once it gets up to full pace doesn’t have any lulls in the work load until the project is finished.  The hours are extremely long, the basic is 8am to 7pm at least 5 days a week and there are often hours worked beyond that.  It’s very hard to explain to people working in more normal industries but the best way to explain is to compare it to month ends in a large multinational happening every week with all the other processing that normally gets put on hold having to happen at the same time.

If someone wanted to get into a role like yours, what advice would you give?

Contact the Production Guild first – they still run the training scheme for people but they are also always being asked by accountants if they know of anyone trying to break into the industry.  Be prepared to start in a very junior role and possibly even reporting to people much less experienced in accounts and younger than yourself.  Be prepared to go back to having to do the filing and the tea making!    On a more personal note – if you do make the switch, be prepared to lose some friends!  Most people will understand that your work causes you to disappear off the radar for weeks and months on end but some will not grasp why you can’t finish early once in a while to go out, or why you are too tired even to send a text!

If you want to find out more about working as a production accountant, you may find the following resources useful: 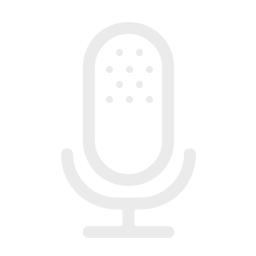